Exploring The Truth Value of Diversity, Equity, and Inclusion in The Workplace 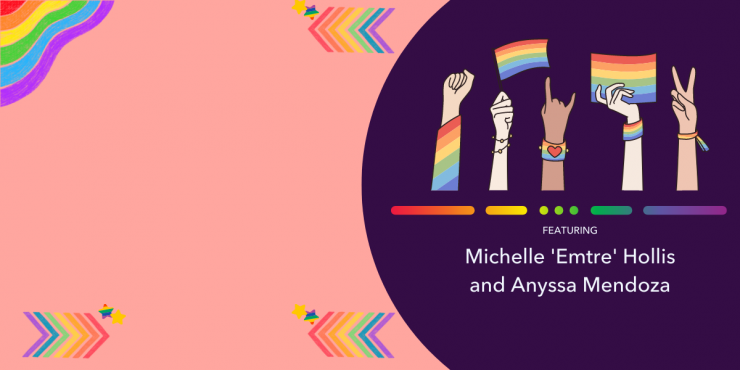 “We do not tolerate the unlawful discrimination of employees on the basis of sex, race, color, religion, age, nationality, disability, or medical condition.”

You might have come across this statement several times if you’ve ever worked in the corporate world. But what is the truth value of this statement?

Do organizations really care about upholding these claims? How much do companies actually practice what they preach in their offer letters and policy pages?

To find my answers, I spoke to the Champions of the Diversity, Equity, & Inclusion Pillar at RevGenius, Michelle ‘Emtre’ Hollis and Anyssa Mendoza. Both Michelle and Anyssa are allies as well as members of the LGBTQ+ community. While they emphasize that they do not claim to be subject matter experts, they actively volunteer to connect with and round up those who are and are eager to help them get involved with the community.

How Companies Leverage LGBTQ+ Inclusivity For Their Own Benefit

Pinkwashing is a common buzzword that’s thrown around while talking about LGBTQ+ activism.

Originally, the term “Pinkwashing” was coined by the group Breast Cancer Action in 2002 to call out the “pink ribbon marketing” culture in the corporate world.

Later in 2011, the term came to the limelight with Israel’s attempts to promote itself as a liberal, welcoming “gay mecca” of the Middle East. However, the objective of this pinkwashing was to distract the general public from its role in the violence of the Israeli-Palestinian conflict.

These gimmicks aren’t limited to politics, though. There’s no scarcity of corporations that market themselves as diverse, liberal, welcoming spaces for people of all genders, colors, and sexualities.

“When you consider the last couple of years, you see all of these huge tech companies stand with Black Lives Matter, Women’s Reproductive Rights, LGBTQ+ rights, etc. But if you look at their board of directors, you’ll hardly see a woman, a black person, or a queer person. It’s always the same story everywhere.”

After all, it’s Pride Month now. You’ll see tons of corporations trying their best to make you buy their claims of diversity on their social media handles. When you take a look at the internal teams running these corporations, you’ll see the value of these claims for yourself.

This is another phenomenon of the corporate world that is too well-known by queer folks and non-queer folks alike. What’s special about it is that it happens only in June every year.

The sudden splash of colors that companies throw at you upon the arrival of June, the “Love is love” t-shirts and mugs, the corporate logos colored in VIBGYOR—actions that show temporary support without any meaningful contribution to the queer community—all come under the term ‘rainbow capitalism’.

However, when the clock strikes 12 at midnight marking the onset of July, everybody sheds their rainbow feathers, forgets about the LGBTQ+ community, and locks it back into the drawers until next June, when the subject is profitable again.

While all this definitely gives a boost to the popularity of Pride and everything it stands for, it doesn’t make any significant impact other than more revenue for corporations. Moreover, a surprising number of these corporations in question actively harbor queerphobia within their organization and also partner with, or donate to queerphobic organizations without hesitation.

For all their claims of solidarity with the queer community, most of them don’t care about queer folks unless it’s an opportunity to make money.

“Companies need to put the effort into their systems and processes year-round to actually take the time to invest in training their employees. They need to be pointed out when they were being discriminatory and how they could have been more sensitive, you know, because a lot of times people just don’t realize that.”

—Michelle ‘Emtre’ Hollis (Sales Confidence Coach, CEO of VisionBoard Music, and Founder of the Hi-Five to the Vibe Movement)

The Problem When it Comes to Enforcing Diversity

One of the first things we spoke about is how companies often have anti-discrimination policies on paper, but never get around to enforcing them. This is pretty much the story in the vast majority of companies.

I once worked at a restaurant and one day, the manager—he was having a party. And he goes, “Oh! You can’t have any of that cake. It’s for whites only.” And then he goes “Just kidding.” And I thought to myself—“okay, that’s the stupidest joke I’ve ever heard.”

Many companies claim to have a space of inclusion. However, most refuse to address employees that make inappropriate and off-putting jokes and comments, and sometimes, even more serious acts of violence are brushed under the rug.

What Companies Can Do to Actually Support Queer Employees

Here’s what companies can do instead:

There are a number of employee support programs that you can use to ensure support for your queer employees. Some of these methods include establishing ERGs (Employee Support Groups), developing employee networking groups, and conducting workplace climate surveys.

At 6sense, we have the ERG group ‘PrideSense’ for our LGBTQ+ employees.

Seminars, conferences, and educative workshops to further all employees’ understanding of issues pertaining to the LGBTQ+ community are an added bonus.

“It is really hard for an employee to come to work and perform in an environment where they, as a human being, are at risk. Where they don’t know where they stand. So it goes a long way if their company can help them understand that they can take all the time they need and that they have the support they need.”

This is, by far, one of the most direct ways organizations can show support for people of other gender identities. Some of the ways companies can help establish a gender-neutral environment include:

“Respecting people’s pronouns is a big thing. When it comes to hiring, so many companies still have the application form with the options “male” and “female”. Creating a space to accommodate the people in between is the simplest way—the easiest way—that I think HR can support individuals of other gender identities.”

3. Having Inclusive Benefits in Place

Far too often, LGBTQ+ folks are excluded from benefits packages and non-discrimination clauses in the workplace policies. This can especially be problematic in the case of same-sex parents when it comes to adoption leave.

This is why it helps to have gender-neutral language when establishing company policies. Gendered language tends to cater to heterosexual couples alone and risks excluding queer employees.

Studies show that anywhere from 15 percent to 43 percent of gay people have experienced some form of discrimination and harassment at the workplace. That escalates to 90 percent when it comes to transgender workers.

Such work environments are highly likely to take a toll on the mental health of LGBTQ+ individuals. Thus, having quality mental health services in place that are specialized in helping queer folks is an absolute must.

“The advantage of an organization that allows people to bring their whole self to the company is that it’s going to create better cohesiveness amongst the organization. That’s how you create a mutually-beneficial work environment in which you get loyal employees that feel happy to support your cause or your service or product.”

It Doesn’t Take a Lot To Be an Ally

A true ally is one who stands with the queer community all year round and not just for the clout during the month of June. The community is wary of the shallowness disguised as “woke” behavior that’s portrayed by half-hearted corporates to appear diverse.

Rainbow capitalism and the subsequent “show” that’s put up to cover up associations with queerphobic organizations are increasingly being exposed. The community is no longer passive in its opinion about these “performative” organizations.

“There’s a certain energy that ripples through a company based on how they treat their employees, a vibe that ultimately affects how their customers perceive them. When the customers get excited about this vibe, this energy that’s being created from a company, you know that that’s a powerful place to be.”

What’s more important than learning better behavior is unlearning the existing one that’s lacking in compassion and empathy. The only way forward should be for us is to be kinder, more thoughtful, and inclusive.

Most importantly, we must all strive to ensure that the progress we make between now and Pride Month 2023 shines more through our actions than our logos and social media posts.

Content Marketing today, caffeine relapse tomorrow. Hope to tell a great story one day. I consume satire and horror in the meantime... Say, would you watch it if I made a satirical horror movie? 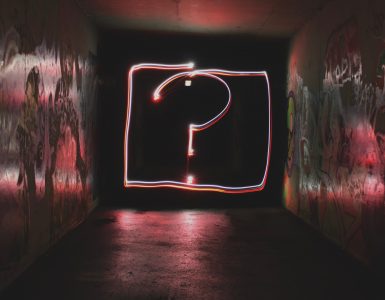 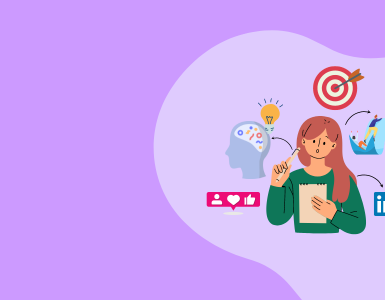 The 6 Best Buying Signals: A Litmus Test for Your Leads

Nothing kills business like a trashy lead qualification process. And the difference between life and death can be as simple as using the right buying signals.  Buying intent is a fairly broad and abstract term for the... 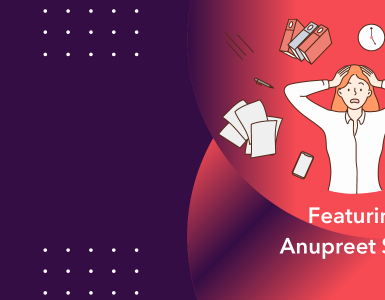 Sales Burnout: The Havoc It Wreaks and How You Can Fix It

A highly results-oriented, demanding occupation likes sales expects you to stay at the top of your game 24/7. This leaves you with little room for any interruption to your workflow, so you tend to ignore stress, and... 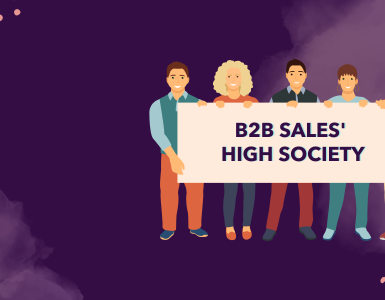 Whether it’s on LinkedIn, at conventions, or during a podcast, the most successful salesfolk can often be found as a tight-knit bunch.  Dare I say your sales network can be, if not more, just as important as your...

Vasisht Nagarkatti
6 min read
We use cookies to ensure that we give you the best experience on our website. If you continue to use this site we will assume that you are happy with it.Ok